Come out and see what the Fiddleheads adult and youth groups have been up to! This performance will wrap-up the 2021-2022 Fiddleheads season. Admission is by donation. Everyone is welcome. 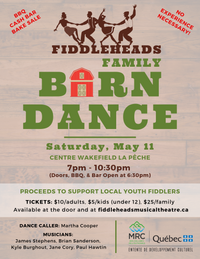 We're hosting our first ever Family Barn Dance! In addition to lots of dancing and live music, the evening will feature a BBQ, bake sale, and cash bar, as well as a square dance workshop at the beginning of the evening for any new dancers. 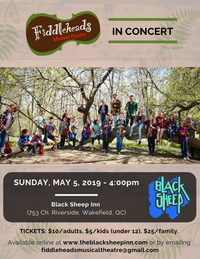